Home » High Powered Air Rifles for Hunting: How to Choose the Best

Air rifles are often regarded as only useful for hunting varmints and very small game. And, some hunters think that using air rifles for hunting is a fool’s errand. But, air rifles can actually be powerful enough to hunt large deer and boars.

However, if you’re going to hunt larger game with an air rifle, you definitely need the right air rifle for the job. Otherwise, you won’t have enough range and power to get the job done.

When it comes to using air rifles for hunting large game, there are some specific performance factors that you need to evaluate before making a purchase.

But, before you can determine how much performance you need from your air rifle, you need to know a couple things about yourself:

What type of animals you’ll be hunting with your air rifle.

How far you plan on shooting.

Answering these questions will enable you to establish the minimum performance you need.

To help you get the best air rifle, we’ll give all the important factors a once over, then cover which types of air rifles are most likely to meet your needs. 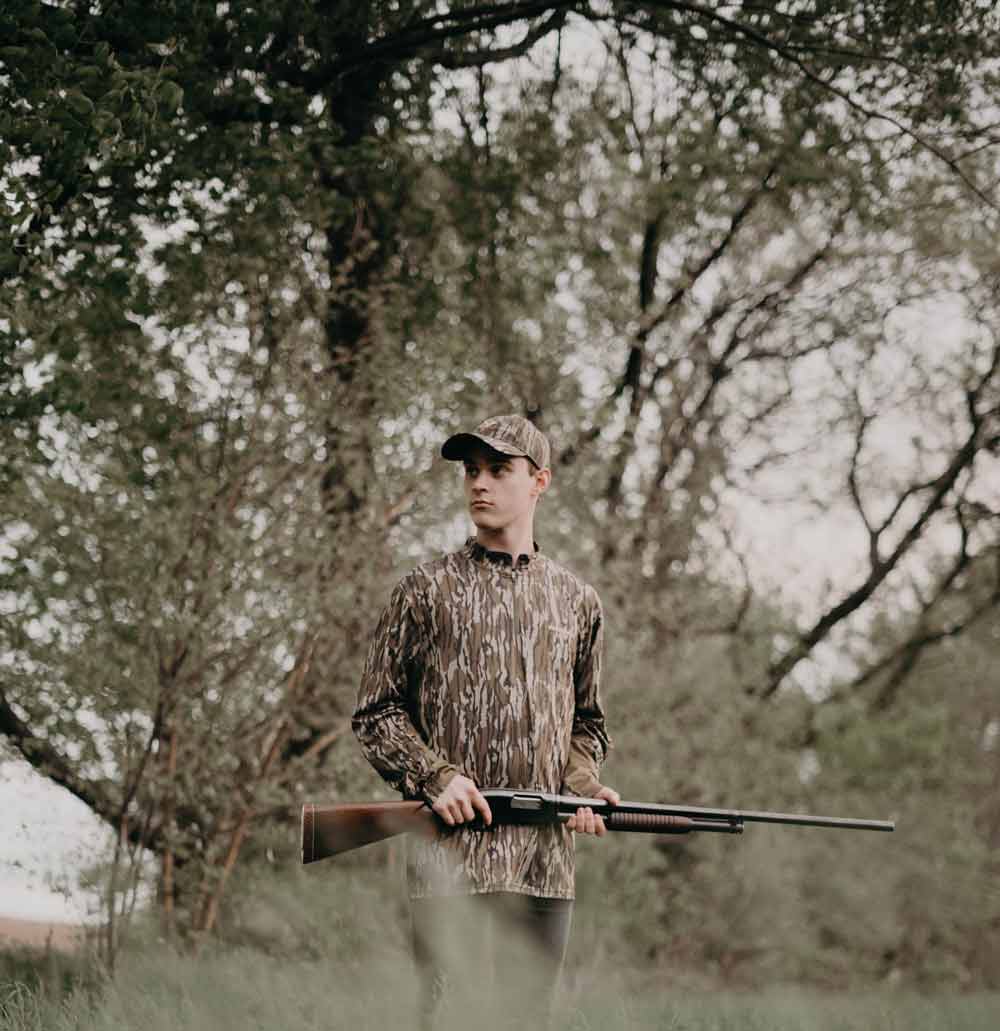 Fortunately, you can generally figure out if an air rifle will give you enough performance based on a few specifications: FPE, range, and caliber.

Here’s what you need to know about each spec.

FPE is foot pounds of energy. It measures how much kinetic energy the pellet has as it exits the muzzle. FPE is a product of muzzle velocity and pellet weight.

Muzzle velocity and pellet weight are both valuable things to know about your air rifle. But, neither one, by itself, tells you how much effect the pellet will have when it hits the target.

A very light pellet going very fast may not do much damage. And, a very heavy pellet going slow might be equally ineffective. Whereas FPE considers both muzzle velocity and caliber, and tells you about how much force the pellet will apply to the target.

The larger the game you intend to hunt, the higher the FPE of your air rifle needs to be. Here are the general power guidelines for evaluating air rifles for hunting:

So, you should choose an air rifle for hunting based on what you plan to hunt. And, the FPE will tell you whether or not the rifle is powerful enough.

The second thing you need to look at is the caliber. Caliber is a measure of the pellet diameter. A larger caliber means the air rifle fires a larger pellet.

Basically, the larger the animal you intend to hunt, the larger caliber you need. While some smaller caliber air rifles are capable of producing very high FPE, they don’t deliver enough ballistic performance to be effective on large animals.

Here are the general caliber guidelines for evaluating air rifles for hunting:

If the rifle produces the power you need, check the caliber. The right combination of caliber and power will ensure that your rifle is capable of taking the game you’re hunting. 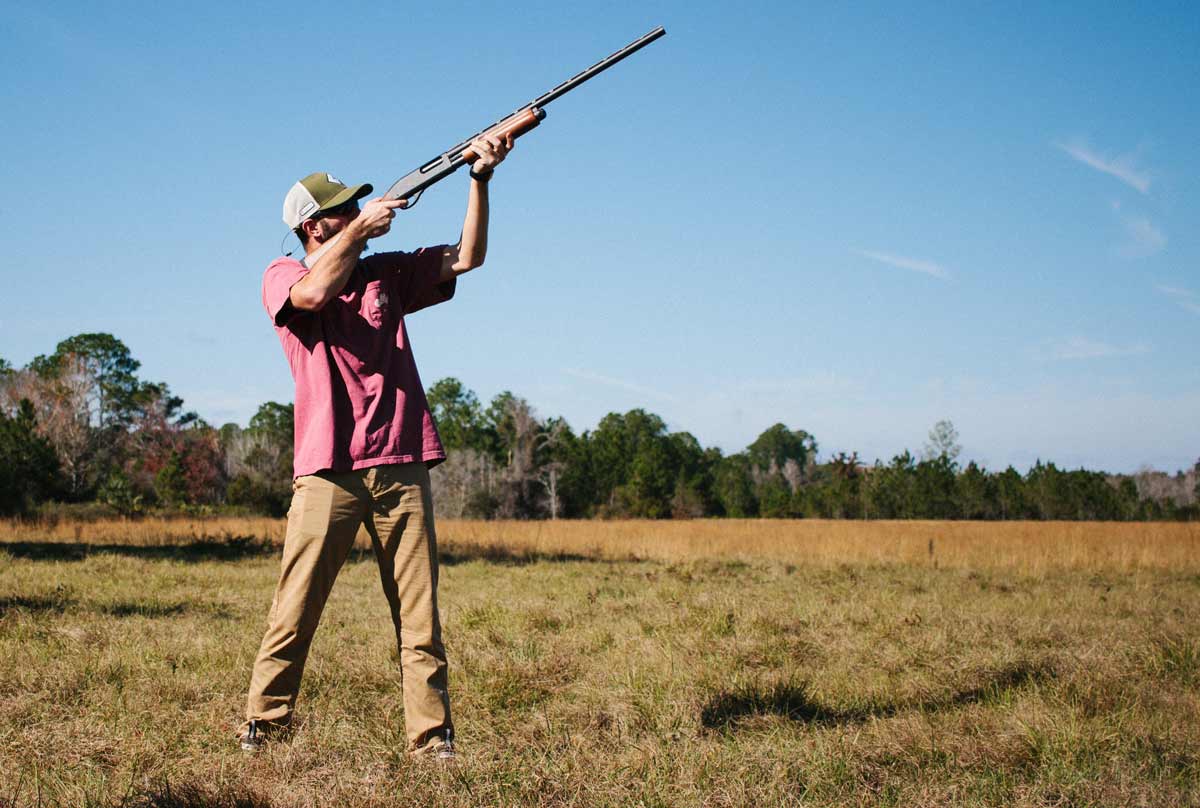 How far you need to shoot usually depends, at least partly, on what sort of animals you plan to hunt. You’ll typically need longer range capabilities for larger animals, since they live in rougher terrain and tend to be difficult to get close to. On the other hand, you might only need to shoot to the other side of your yard for varmint control.

Some of it also depends on your hunting style. If you prefer taking long shots rather than sneaking in as close as possible, clearly you’ll need a rifle with long range capabilities.

The range of your rifle is largely determined by the power plant. Which we’ll talk about next.

Which type of air rifle is best?

That means that you may be limited to certain types of air rifles by the type of animals you hunt.

These are the different types of air rifles, and what they’re best for.

Pre-charged pneumatic (PCP) air rifles are the most powerful. They work by storing compressed air in a reservoir attached to the gun. You’ll need a compressed air source or a hand pump to charge a PCP air rifle.

PCP air rifles are capable of producing the most FPE and firing the largest calibers. You can hunt any type of game, at the longest distances, with a PCP air rifle.

Most PCP air rifles are also capable of firing multiple shots—up to 25 in some cases—before you need to recharge the air reservoir. And, since the pellet is propelled almost entirely by the expanding air, there’s very little recoil. So, PCP air rifles are very beginner friendly because there’s no special hold needed to ensure good accuracy.

On the downside, you will need to carry an external air source to recharge your rifle. But, the extra gear is probably worth the performance.

Capable of hunting any game, including large deer and wild boars.

On the other hand, gas piston rifles tend to maintain their power throughout their lifespan.

Also, multi-pump air rifles are exceptionally accurate. Which makes them especially nice for hunting very small animals that require a lot of precision to get lethal hits.

CO2 and single stroke pneumatic air rifles are not powerful enough for any sort of hunting.

They’re fine for recreation, competition, and target shooting. But, it’s a bad idea to use one of these air rifles for hunting. You’ll most likely just wound any animal you shoot. Stick with the other three air rifle types.

Those are the specifications and the best types of air rifles for hunting. Choosing an air rifle for hunting may seem daunting. But, it can be broken down into three steps:

​Determine how much power and range you need.

​Choose an air rifle that meets those specifications.

That’s it. It’s just a matter of getting the right rifle for what and how you hunt. So, happy hunting!

1. Best Waterproof Watches
2. How to Correctly Zero an Air Rifle Scope.
3. How to Choose a Bow for Hunting 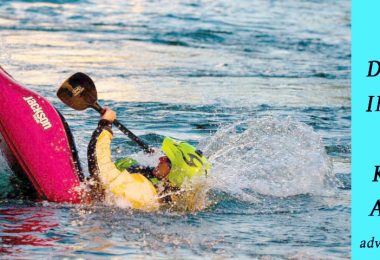 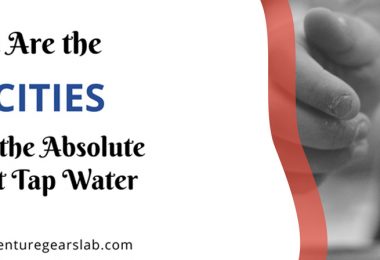 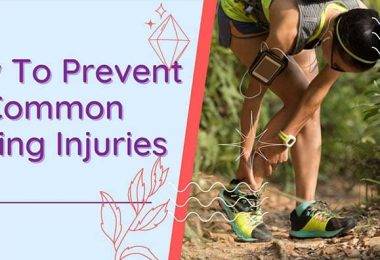